Skip to content
07May 2017 by Ross Shipman No Comments

The BBC are reporting that the Liberal Democrat projected national vote is 18%, up 7%. The Lib Dems are just 9% behind Labour. The Conservatives are up by just 3%.

“With five weeks of the general election campaign to go, we are just 9% behind Labour and breathing down their necks. We have halved the gap on Labour in just one night and scored our best national election result in seven years.

“Labour is collapsing and we will stand up for people to provide the strong opposition this country needs.”

Latest results show the Liberal Democrats on course to make a growing number of parliamentary gains, with the party advancing across the country from St Ives to Aberdeenshire and coming out well on top in parliamentary seats as diverse as Edinburgh West to St Albans. 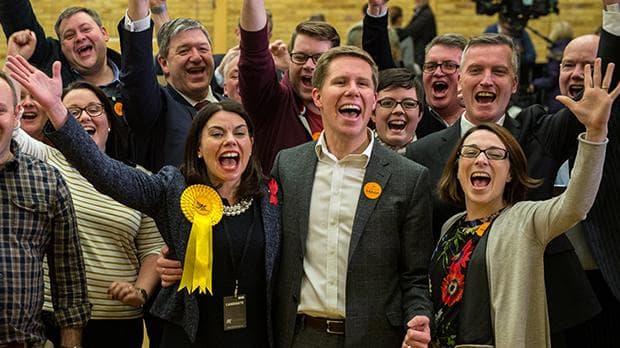 Pam Windley, the newly elected Lib Dem Tupton Parish Councillor said: “All across North East Derbyshire and Bolsover we also saw an average vote share increase of over 7% with a massive 30% increase in vote share in Clay Cross North County Council division – which went against the Tory surge.”

“In my own election where i won with over 50% of the votes cast; signifies that local people want positive change in Tupton.”

“I want to thank all of those who put their trust in the Liberal Democrats on 4th May and hope that the support continues at the general election on 8th June.”