Skip to content
06Feb 2017 by David Hancock No Comments 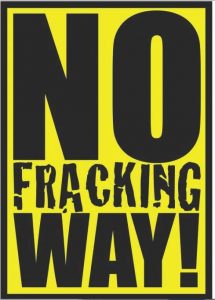 The Government have recently granted licences to Shale Gas extraction (“Fracking”) company INEOS to carry out seismic surveys of the ground beneath the South Yorkshire and North Derbyshire areas to investigate the potential of extracting shale gas. INEOS is already looking to begin surveying in the Mrash Lane area.

The Liberal Democrats are opposed to fracking for the following reasons:

North East Derbyshire and Bolsover Liberal Democrats recognise that fracking has been successful in other parts of the world like the Mid-West of America, but these areas are underpopulated areas with no previous history of mining. New York State, the whole of France and Sheffield City Council have banned fracking in their areas, and we believe Derbyshire County Council should do likewise.

The Liberal Democrats support “green” energy sources such as wind and solar power and small scale hydro- electric schemes for rivers and streams in this area which we encourage both local councils and national Government to pursue these clean energy sources as an alternative to fracking. Leave fossil fuels where they belong – in the ground

Please feel free to add your voice to our petition Derbyshire Against Fracking Petition.