Skip to content
25Apr 2017 by Ross Shipman No Comments

When you think you’ve seen it all – you only have look around at what the local Labour councillors are up-to before you run into a comedy show of their own making.

James Blundell, Lib Dem candidate for Eckington & Killamarsh commented: “You couldn’t make this up. A Labour Councillor signing petitions asking a Labour run Council to stay away from the greenbelt…”

“To top it off; said Labour Councillor’s husband is on the Planning Committee at the District Council – are we really suppose to trust these to run our local authorities?” 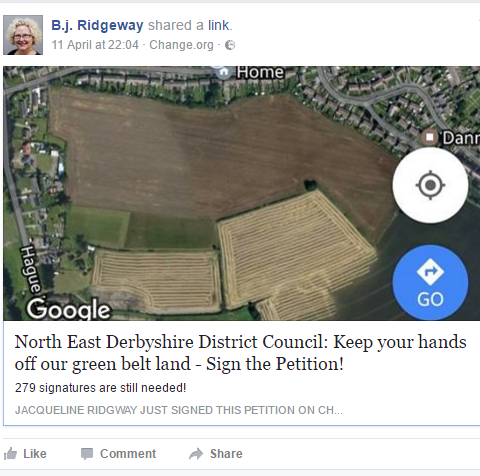 The Tories want the district Council to stay away from the greenbelt in Dronfield and Labour want the same in Eckington – only the Liberal Democrats are using common sense and want to put the decision with local people.

Dr Carmen Levick, Lib Dem candidate for Eckington & Killamarsh said: “We need to be speaking to local people about this very important issue of building homes; because clearly the Tories who are bulldozing housing through are in disarray and the Labour Party  have let us all down by not having a local plan in place to help them reject planning applications on valid grounds.”

We believe the time of having political tennis matches on important issues between the Tories and Labour are over and the time for grown up conversations are here.

Vote for the Liberal Democrats on 4th May and 8th June for representation that makes sure our local area has a strong future and meets the needs of the next generation.