Skip to content
02Mar 2017 by Ross Shipman No Comments

A voice for the voiceless.

Cllr David Hancock announces that the Liberal Democrats will reject the pay increase that is being proposed by North East Derbyshire District Council which is due for a decision on Monday, 6th March 2017.

Recent Council Tax increases have been announced by North East Derbyshire District Council at 2.8%; with Derbyshire County Council announcing an almost 4% increase to their proportion of Council Tax. 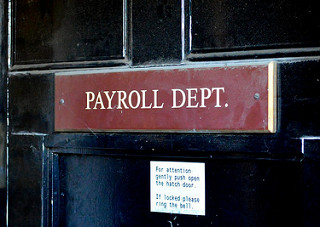 Cllr David Hancock said: “In times of austerity, when vital services are being cut and Council Tax is being increased, i find it unbelievable that it is even being suggested that Councillors should take more.”

Cllr Hancock was elected in September 2016 with a huge swing from Labour for the Tupton ward of North East Derbyshire.

He added: “When i stood, i wanted to be elected so i could help people and be a voice for the voiceless, not so i could line my own pockets. Needless to say, I [Liberal Democrats] will be categorically opposing any increase to those with special responsibilities and increases for those on the basic allowance like myself.”

North East Derbyshire Liberal Democrats have announced that all of their candidates will be running for County Council election in May with the promise to reject the 12% pay increase that Labour awarded themselves in 2013 upon regaining control of the Council.

Local Party Chair, Ross Shipman said: “it is time Councillors led by example instead of lining their own pockets, while [at the same time] cutting funds for vital services.”

“Almost every door we knock on say Labour do not represent them anymore as they continue to take local tax payers for granted, without offering anything of substance in return.”

Your local Liberal Democrats team are wanting to know what matters for you, please consider completing our residents survey.

North East Derbyshire Liberal Democrats have started a petition to have a ‘Frack Free Derbyshire’; to sign just click here.