Skip to content
29Apr 2017 by Ross Shipman No Comments

Liberal Democrat leader Tim Farron has warned Conservative supporters that a vote for the Tories is a vote for UKIP after revelations that some Conservative MPs have been in negotiations with UKIP to save their seats.

“UKIP might as well take the rest of the election off because the Tories are fighting their campaign for them.”

“We have a Conservative MP who admits to negotiating with UKIP and praises their proposed ban on burkas. Moderate Conservatives need to ask themselves if there is any difference between the Conservative Party and the vile prejudice of UKIP.” 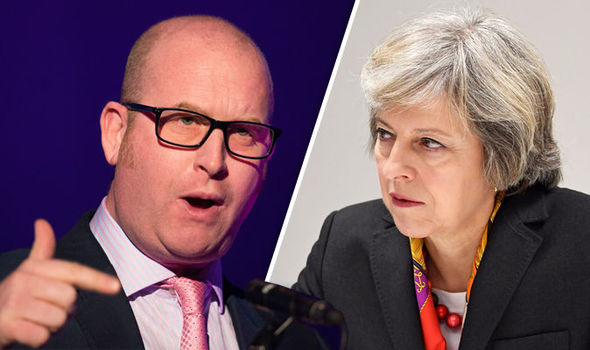 With reports that UKIP is planning to stand down for Conservative MPs, Farron said:

“There is a blazer-clad, regressive alliance between UKIP, the Conservatives and even some Labour MPs. The only opposition to these three Brexit-style parties is the Liberal Democrats. There is a clear choice at this election to keep Britain open, tolerant and united – and that is to vote Liberal Democrat.”

Cllr David Hancock said: “Now that Brexit is happening, we need people to scrutinise the work of the Conservative government. We know that Jeremy Corbyn can’t turn our country’s fortunes around, he can’t even turn himself around at his own rally.”

“Only the Liberal Democrats will ask the tough questions and make sure that North East Derbyshire gets a good deal from the Brexit negotiations.”

“I’ll be fighting to make sure Clay Cross North and the rest of Derbyshire is not left behind in the final deal. Local people say they trust the Liberal Democrats to fight for our area and are backing us on 4th May.”