Skip to content
30Mar 2017 by Ross Shipman No Comments

A village that has been taken for granted for too long – sound familiar?

For months now there has been an issue over the controlling Labour group funding groups which involve Labour members.

At the meeting held on 28th March 2017 a question was tabled by a member of the public which asked: “Do Councillors know what a declarable interest is and why do they not declare an interest when they are funding groups which involve other Labour party members?” This was in reference to the Parish Council gifting money to local community groups, but no declarations are ever made by Labour Councillors.

For a moment you could hear a pin drop and then the Chair, Cllr Cathy Goodyer, tried to sweep it under the carpet by saying the matter was being investigated by the Monitoring Officer and therefore should not be discussed in the public section. The first part of her statement may have been true; however, this does not mean that a question from a member of the public cannot be asked about this issue. 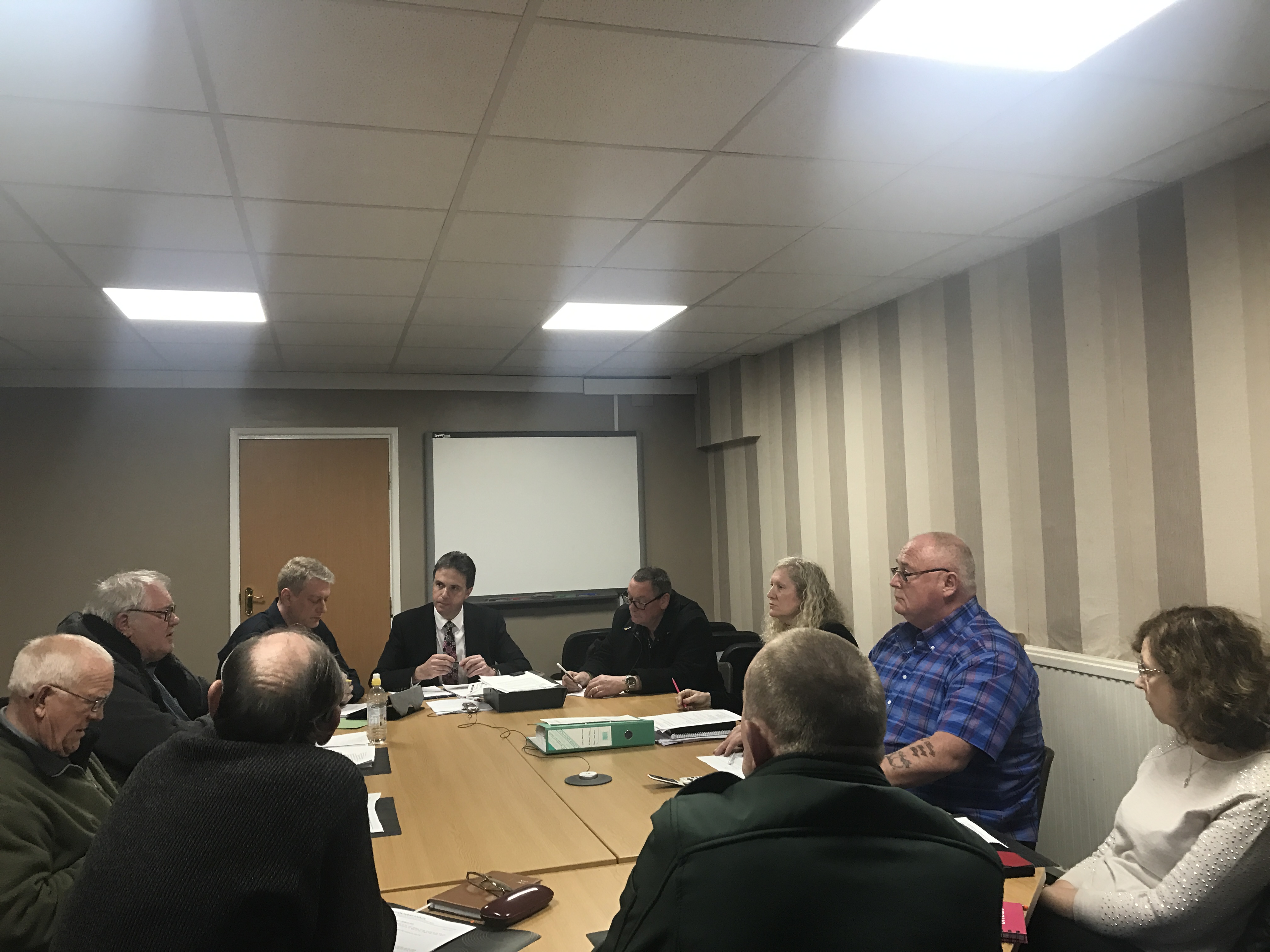 To everyone’s surprise; the Labour County Councillor for Clay Cross North, Brian Wright turned up to the Parish Council meeting and sat quietly while this discussion took place. He eventually broke the silence when the Chair asked for updates from the County Council.

One of these updates related to grants that had been gifted to community groups and again the same community group appears, with substantial grant funding of almost £9,000! Funding community groups has to be commended, but it is rather strange that the controlling Labour group won’t commit to short-term room hire of £50 per session to start a Laughter Club; yet can find hundreds and, indeed, thousands of pounds for groups involving Labour members and known supporters.

So is this funding for friends or just pure arrogance from the local Labour Party, that they are happy to flaunt the rules by not declaring that their own members are heavily involved in these community groups.

We have emailed the incumbent Labour County Councillor for Clay Cross North, Brian Wright for comment:

As you were present at the meeting on Tuesday, 28th March for Tupton Parish Council and of course you are the Labour candidate for Derbyshire County Council; i was wondering whether you agreed with the Chair Cathy Goodyer that members shouldn’t have to declare an interest if the authority if gifting money to groups that have Labour member involvement?

If you disagree with Cllr Goodyer; i take it you would have declared an interest in a similar situation?

I am very curious to see where you think the line should be drawn when it comes to transparency and accountability of our elected members.
Look forward to hearing from you.”

The irony in all of this is that the Liberal Democrats on the Council fully support what these groups are trying to achieve, so it does beg the question that if they are misleading the public in this regard; what have they been doing previously when there was no-one on the Council to question their every move?

Liberal Democrats campaigner Pam Windley said: “When i attended the meeting last month i was surprised and shocked at the behaviour by the Labour Councillors, no wonder people are switching to the Lib Dems” she added: “I would encourage local people to start attending and asking questions to make sure they fully represent the views of the general public.”

On multiple occasions throughout the meeting it was very obvious that this issue had hit a nerve; as members of the Council were threatening to remove members of the public who were in disbelief at some of the things being said. One local resident was quite worried at the “aggressive behaviour” of Cllr Stephen Peters who raised his voice and began pointing fingers at those watching the meeting. Cllr Brian Wakefield then said that a member of the public was only there to “cause trouble” by quietly laughing at the proceedings.

IN OTHER NEWS: In an article I wrote following a previous meeting surrounding this issue, named: ‘FUNDING FOR FRIENDS? OR MISLEADING THE PUBLIC?‘ Sarah Sternberg, Monitoring Officer for the conduct of elected Councillors stated: “In relation to the way the meeting is portrayed I do not see anything which misrepresents what happened. The article comments upon what happened at the meeting.” Therefore, I table the question again; is this Derbyshire Labour Party just approving funds for friends? Or are they simply misleading the public and refusing to be accountable to those that elect them?

If, like us, you are fed up of being taken for granted please email us at secretary@nedbd-libdems.com if you would like to help with our campaign in your local area of North East Derbyshire & Bolsover.

Cllr Brian Wright replied to my email; only to deflect the issue to the Clerk who  he thinks should inform Councillors what is and isn’t a declaration of Interest. This is not correct and it is beggars belief that they need somebody else to tell them what is the correct thing to do as many of them have been elected for a while. Here is the transcript between me and Brian so far..

I attended Tupton Parish Council as the elected county councillor & not as the labour candidate (as you refer to in your email) to answer any questions etc. from the councillors & public & I have no authority to interfere in the way they conduct the parish business & agenda. If any councillor needs to or has not declared an interest in a particular area of the business then it is usually a formality to correct & listening to the chair & clerk it seems that is being addressed. I’m sure David is a very experienced clerk & is capable of providing the answer in due course  as to whether a declaration of interest in the issue you raised should be given.

Thanks for your response.
I am not at all saying the group shouldn’t be funded just because they have members of a political party involved; i am merely referring to declaring interests.
So to clarify, you agree with the Chair that you don;t think it is a declarable interest when you are gifting money to groups that have Labour member heavily involved in them?
Kind Regards
Brian Wright’s reply..

My last email to Brian with no response..

It just concerns me that this is being deflected to the Clerk, it is not his job to tell Councillors what is and isn’t a declaration of interest.

Ill take it that you agree with Cathy and the people of Tupton don’t deserve full transparency.
Cheers