Skip to content
05Oct 2018 by Ross Shipman No Comments

Veteran Liberal Democrat candidate Tony Rogers has been elected as a Chesterfield borough councillor following a by-election in the Moor ward.

The election was held after the death of Labour councillor Keith Brown who previously held the seat. Mr Rogers – who celebrated his 80th birthday earlier this year – won the seat with 532 votes. 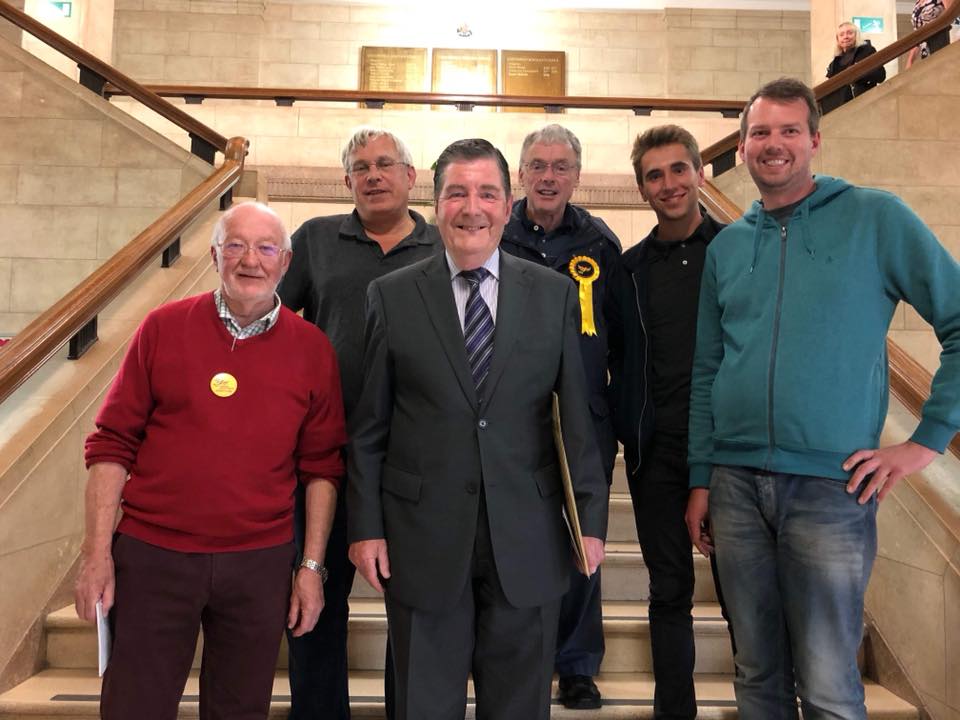 The result means the political make-up of the council is now: