Skip to content
19Jul 2017 by Ross Shipman No Comments

Local Liberal Democrats in Clay Cross, Tupton, Grassmoor, Wingerworth and Holmgate have launched their campaign to introduce 20 mph speed limit zones in the centre of their towns and villages to reduce speeding.

Speaking about the campaign, Cllr David Hancock said: “This is one of the biggest issues local people have raised with us during the County Council elections; so we thought we would start our campaign to drum up as much support as possible before we approach Derbyshire County Council for some assistance in making this a reality.”

Lib Dem Campaigner, Sam Jones added: “I live in Clay Cross and we have major problems with people speeding along roads such as Thanet Street and High Street; both of these areas have children crossing them on their way to school and the elderly trying to walk round the centre of the town.

“We now need the community come together and sign our petition to make the centre of our towns and villages 20 mph safer for local residents.”

Grassmoor resident and Lib Dem Campaigner, Blaine Uknighted said: “Many local residents quite rightly are fed up of speeding cars through Grassmoor as it’s used as a shortcut to the A617 – with 20 mph speed zones it will make people think that little bit more about their speed.” 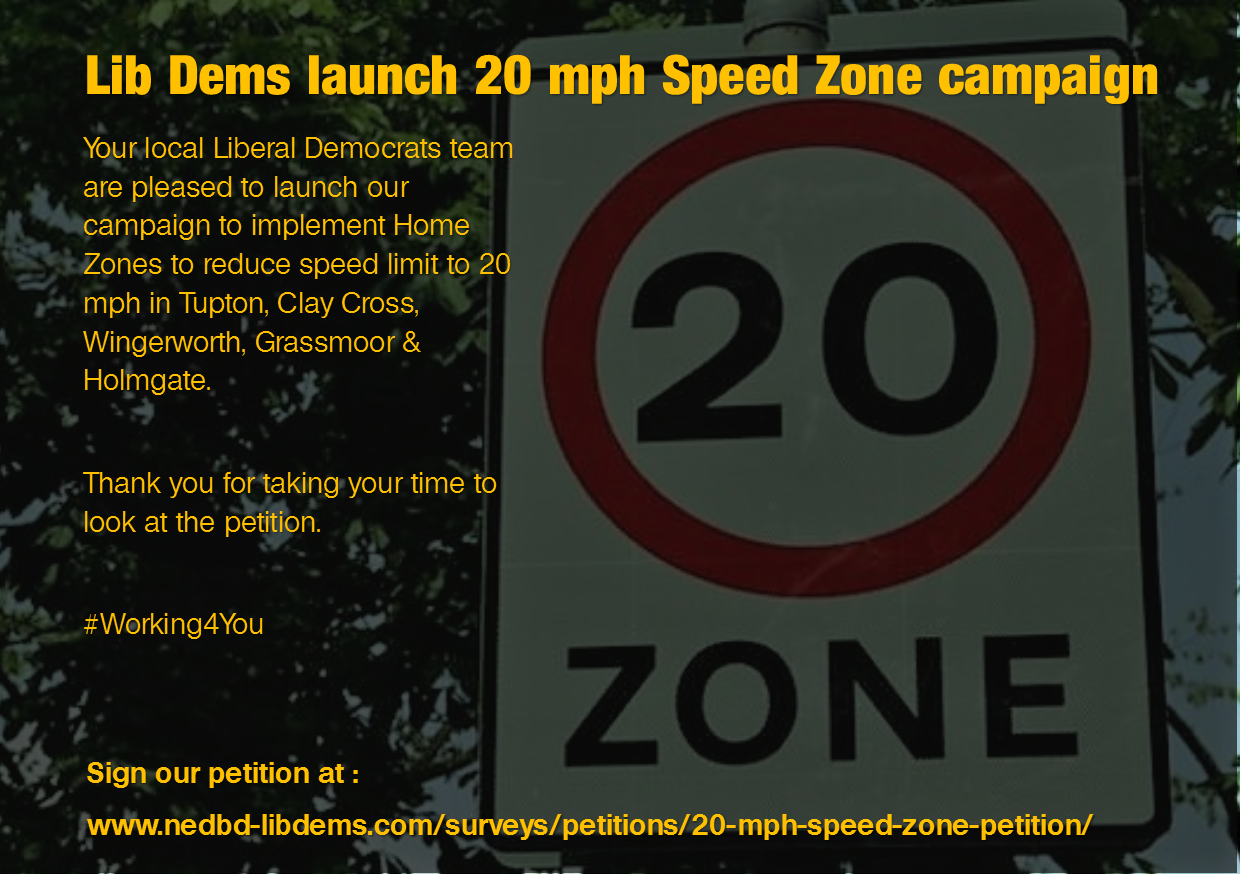 North East Derbyshire & Bolsover Liberal Democrats have a proud tradition of campaigning on issues that are important to local residents all year round.

“We see Labour and the Conservatives go quiet between elections because they think their job is now complete for another four years, whereas we do not stop putting forward the concerns that have been raised with us.”